Calm and Relaxed in a Scandinavian-inspired New Build

New build properties can be extremely devoid of character. Because they haven’t been lived in already, it can be difficult to envision a comfortable life in one. Our clients for this particular new build redesign were desperate to have something that was relaxed and calm whilst making the most of the space. 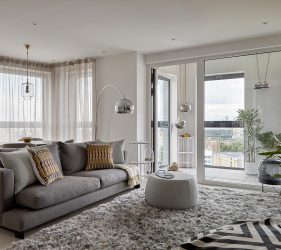 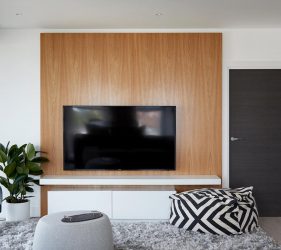 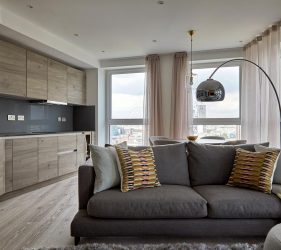 We had the TV unit above made especially for the project as the living room was pretty tight on space. The clients were also longing for a corner sofa but space really didn’t allow for one. Instead we used a lovely deep sofa coupled with a coffee table that doubles as a footstool. This allowed for a similar sort of lounging ability whilst not closing down the room. 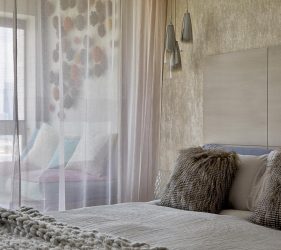 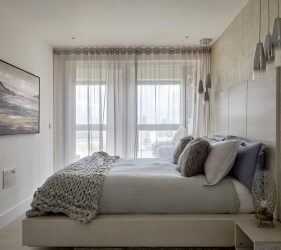 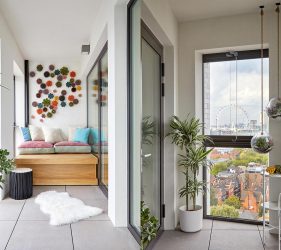 The master bedroom had a similar problem when it came to space. It opens on to the winter garden, which would be lovely if the door to the winter garden did not open into the bedroom. That meant that we couldn’t put the bed where we had initially wanted without it being in the way of the door. The literature from the property developers had the doors down as sliding – they aren’t. We definitely had a few words with them. It also meant that where they had put the sockets on either side of the bed didn’t work if you actually wanted to be able to use the door to the winter garden. These kinds of challenges are pretty normal for a project (we problem-solve all the time) but they do mean that you have to be prepared for everything. Going for a bespoke bed meant that it wasn’t an instant disaster as we can could it with the swipe of a pencil. 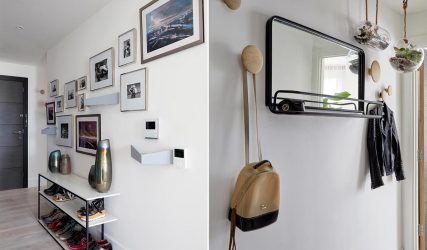 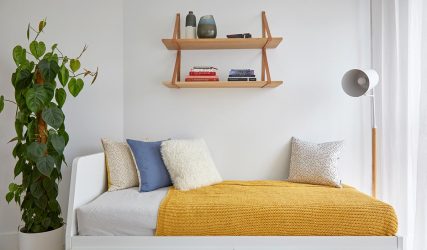 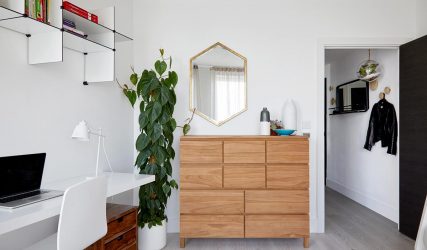 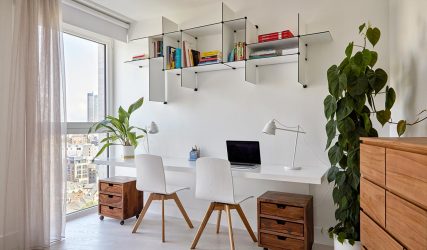 Making the most of the entrance hall was essential. We all like to make a good first impression and entrance halls are so often used very badly. We went for a combination of storage, plants from Patch (which we provided a care guide for)  and an introduction to the clients upon entering their home. A picture wall was a must – it had shown up lots of times in their inspiration.

The hardest working room in a small apartment is often the spare bedroom. It needs to function as both a bedroom and an office – two rooms that actually don’t blend very well together. We went with a pullout bed as 90% of the time the room will be used as an office. The double desk floats beautifully and has moveable drawers underneath so they don’t block too much of the flow from the window and light. I adore what we did with this space, and the clients loved it. 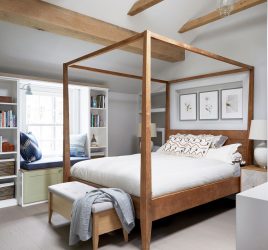 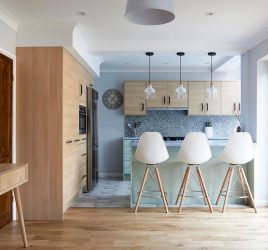 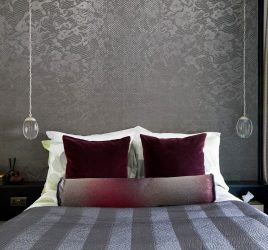