Many people think that adding rooms = adding value, but in London the opposite is more often true. Light and space is at such a premium that a good quality finish and optimum layout can often command the same, or higher, asking price.

Creating an open plan kitchen/living room is a very effective way to add value. The combined space is not only very fashionable but also more useable and useful, and in many cases adds more value than building out and increases a home’s saleability. The cost will depend largely on the structural considerations, but even if you are removing a supporting wall they are unlikely to be as high as an extension, and won’t require the same time and money concerned with planning consent.

A client came to us looking to update a flat he had owned for some time. The decor was rather tired, the layout didn’t really flow and he’d had trouble reconciling any design with the odd angled side wall.

If you are going to “knock through” it’s important that you zone out each of the areas so they retain their function. You want each area to exude its own character, but work harmoniously with each other zone. The easiest way to do this is to pick 1 or 2 unifying design themes, usually something large like floor covering or wall colours, and then blend it with subtly different colours, textures and lighting in the individual areas. 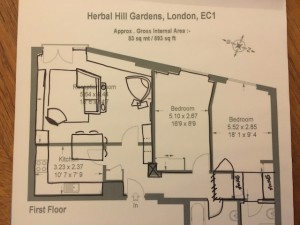 In this proposed layout we have suggested removing the kitchen wall, giving us space to add a dine-at kitchen island. This layout will also dramatically change the initial feeling when you enter the flat, as you will be opening the door to a large, welcoming space, rather than a boxy corridor.

The main living space, dining area and kitchen have all been positioned to make full use of the natural light. The darker corner has become a snug reading and relaxing space, while redesigned lighting means there is the option to flood the room with light if so desired. The flat was previously lacking in storage (so often a problem) and removing the central wall has opened up the side wall to a floor to ceiling cabinet. 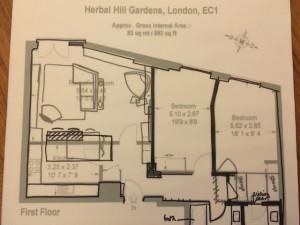 In this proposed layout we have increased the storage in the kitchen by adding an island. A common complaint in city flats is that the kitchen is never quite adequate for anything more elaborate than the odd pasta supper. Dinner parties have once again become popular, and with rising restaurant costs, many couples are choosing to spend more time cooking at home. Kitchen islands are one of the most requested features when clients come to us. Here we’ve included at breakfast bar and made more of a galley kitchen. We’ve also changed the storage options on the right. This option is more suited to people who like to entertain, as it keeps guests out of the kitchen area but allows the host to be included in all the action.

En suites  not only add value, but are pretty much expected in all master bedrooms nowadays. However, spacious rooms with large walk-in showers add more value than baths. Baths are generally desirable only in family bathrooms for people with small children. We’ve suggested removing the bath from the master suite and also a repositioning of the door, to allow for an extra wardrobe. This gives the client a walk-through dressing area combined with a more luxurious bathroom, which can actually increase the value of a property more than a small, extra bedroom. We’ve added more storage to both bathrooms and suggested a repositioning of the toilet, so that it sits against the side wall, allowing more leg room, and within it’s own separate cubicle. 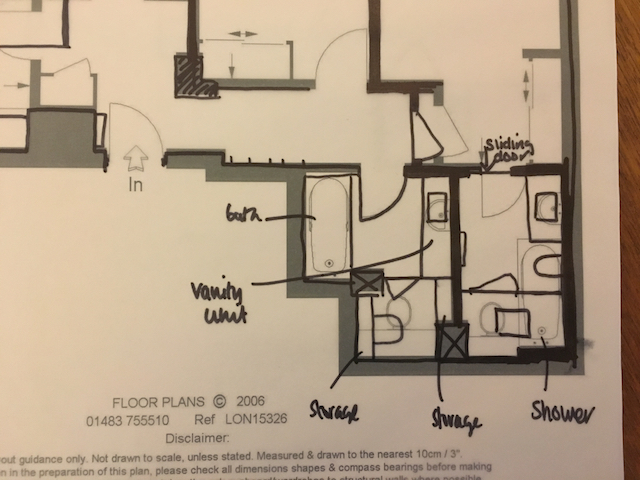 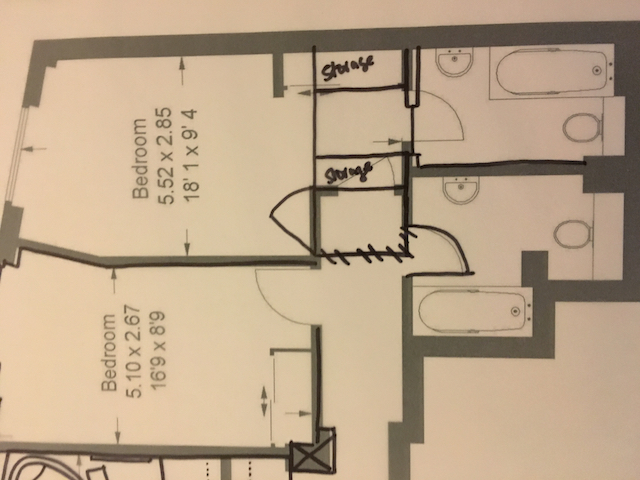 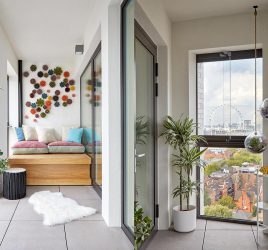 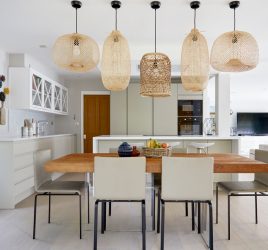 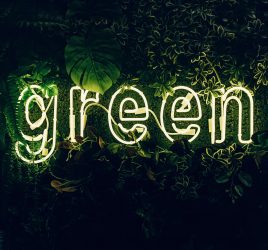