Kia Designs Nominated for Bathroom Design of the Year

[London, UK], October 10th, 2016 – Kia Designs of London was nominated for “Bathroom Design of the Year” at the KB- Eye 2016 Designer Kitchen & Bathroom Awards. This prestigious annual event celebrates residential kitchen and bathroom design projects and products in the UK and worldwide. The Bathroom Design of the Year award highlights excellence in top end, bathroom designs.

Martin Allen-Smith, Editor of Designer Kitchen & Bathroom magazine, calls the KB-Eye Designer Kitchen and Bathroom Awards “the most respected industry honours by the real creative minds within the sector.” We at Kia Designs are proud to have one of our bathrooms chosen for such an esteemed award. “We were very honoured to have been nominated for our bathroom designs,” said Kia Stanford, Director and Founder of Kia Designs,  “We are extremely happy that one of our designs has been recognised on such a large scale.” Held annually in London, The Designer Kitchen & Bathroom Awards celebrate residential kitchen and bathroom design projects and products in the UK and worldwide. Now in its’ 14th year, the established event attracts world renowned designers as well as senior professionals within the industry. Kia Designs has an impressive body of work, ranging from listed townhouses in Mayfair, to new builds in Windsor & international holiday homes. With Kia Stanford, a dynamic interior designer brought up in the heart of London, at the helm, they have won several esteemed awards. They take on a wide range of different projects most recently focusing on extensions and basements to create longer lasting homes for their clients. 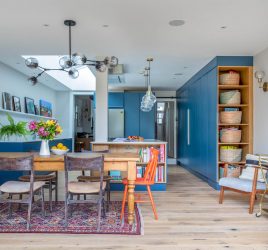 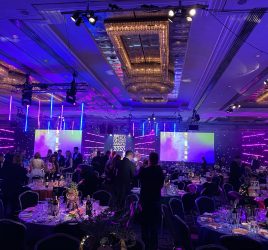